Get fresh music recommendations delivered to your inbox every Friday.
We've updated our Terms of Use. You can review the changes here.

there were flowers also in hell 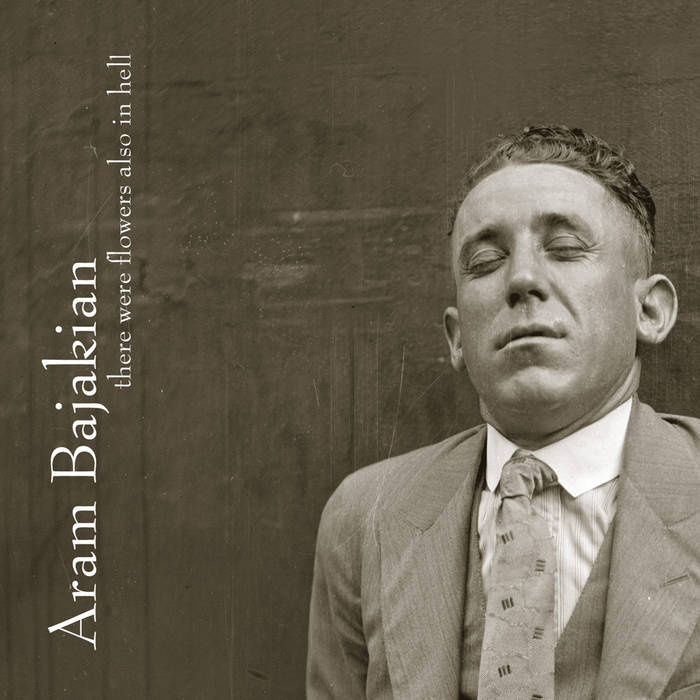 last vinyl before doomsday "There were flowers also in hell" is what happens when Dick Dale takes acid.

Michael Imes I love Aram's work so deeply. The equally great album "Music Inspired by the color of Pomegranates" is a must hear too. His palette and touch on the guitar is myriad from skronk to rock and ambient and back again! Favorite track: Orbisonian.

John Cratchley A record of urgent immediacy full of spirit and heroic application. I particularly like the guitar tone which has a confident,upfront quality.
All in all this is a barnstorming record full of ideas and a 'devil may care' attitude that excites the senses.

Beanie Ben ✨ This dude played guitar with Lou Reed, and I love the vibe of this album. Sort of Hendrixy in places, but with Balkan folk and jazz-noise-rock influences too. Favorite track: Orbisonian.

The Man From Atlantis

The music of guitarist, composer and educator Aram Bajakian has been called “a masterpiece” (fRoots, July 2017), “shape- shifting” (FreeJazzCollective, January 2017), and “astonishing” (Georgia Straight, March 2017).
He has toured extensively with Lou Reed and Diana Krall, and is on three Tzadik albums with the band Abraxas performing the music of John Zorn. ... more

Bandcamp Daily  your guide to the world of Bandcamp